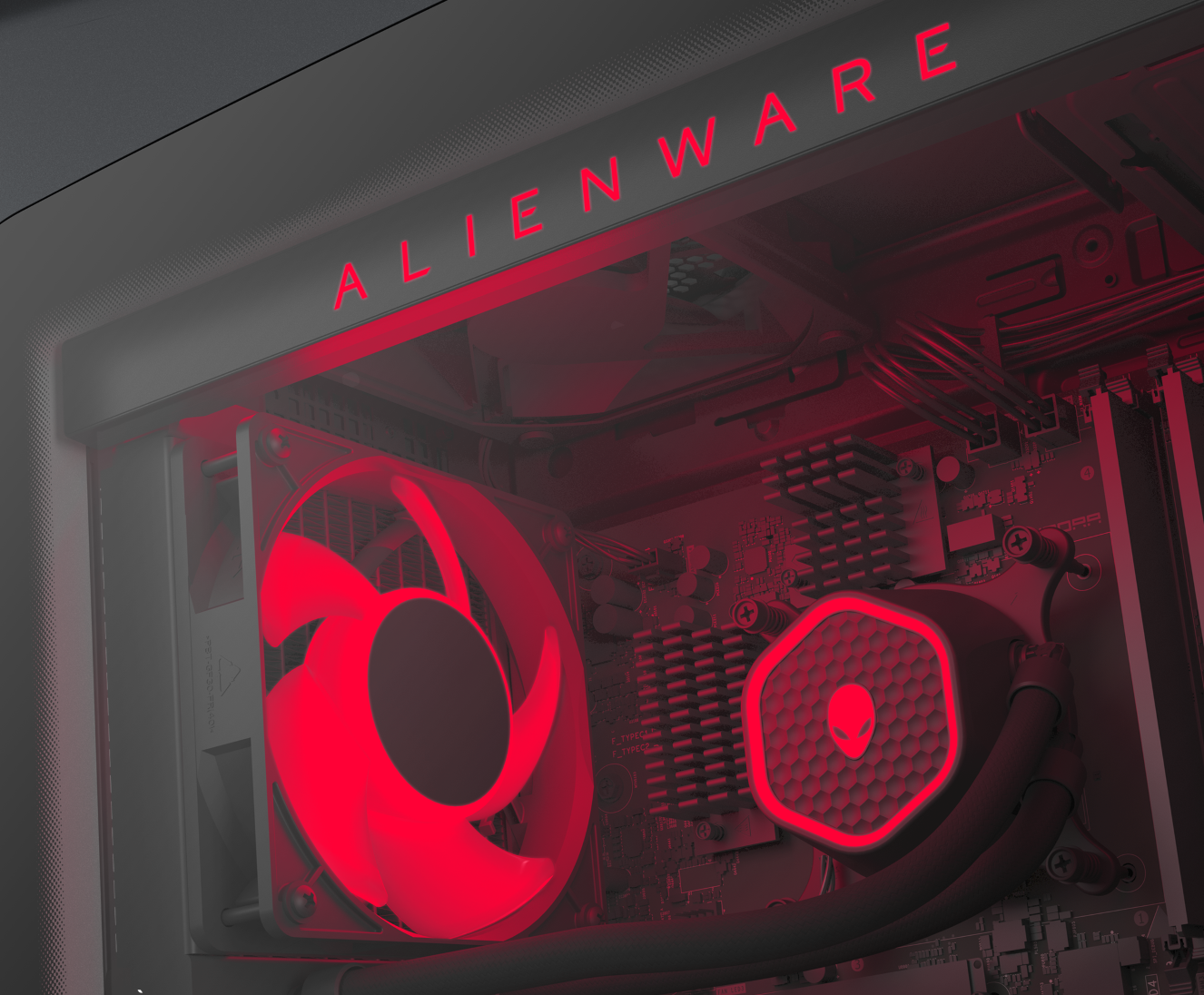 The new Alienware Aurora Ryzen Edition R14 Gaming desktop features the new Legend 2.0 design which provides an industrial look. The CPU options include up to AMD Ryzen 9 and also the brand new Ryzen 7 5800X3D CPU, a B550 chipset motherboard, up to AMD Radeon RX 6900 XT or NVIDIA GeForce RTX 3090 graphics, up to 128 GB of DDR4-3600 memory, up to a 750W Platinum PSU, up to 4 TB of NVMe storage, all within a chassis that features an ‘Advanced CPU Liquid Cooler’ and up to four 120mm fans. The chassis weighs in at 16.5kg and measures 589x225x510 (LxWxH). It will be starting at a price of $2949 US and go up with more premium configurations.

AMD is also launching its brand new laptops today which include two Alienware and a single Dell variant. We already talked about them over here. 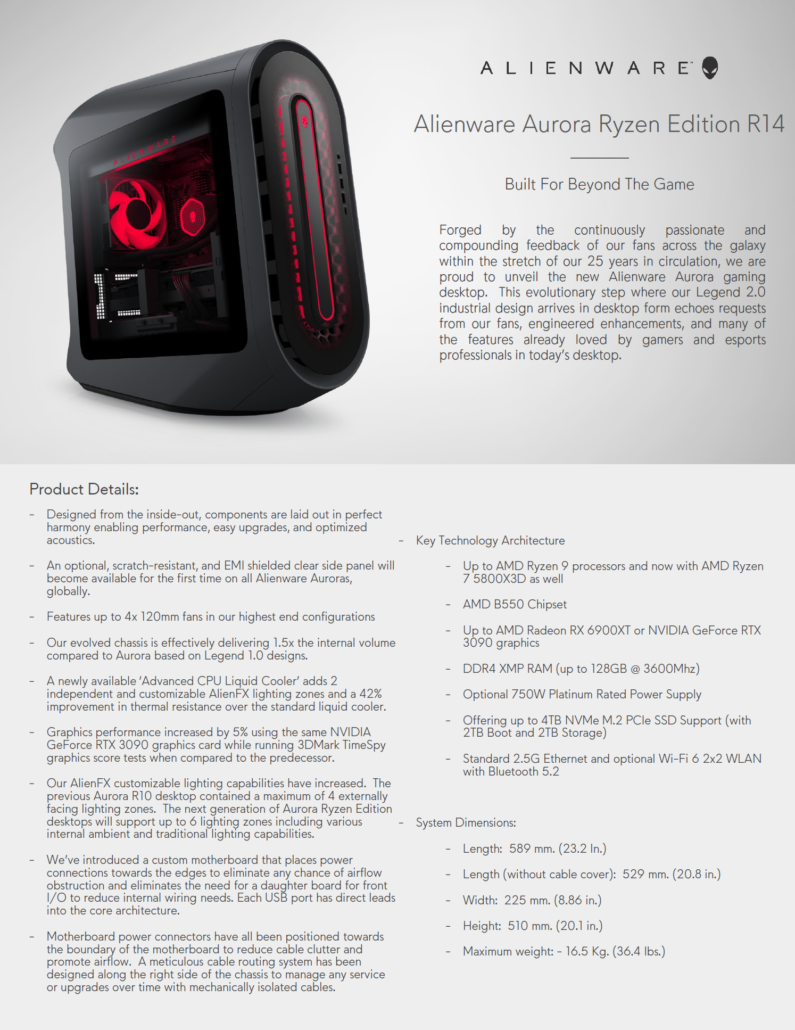 The m17 R5 & m15 R7 are what Alienware’s calling the most powerful laptops with AMD’s Ryzen 6000 APUs. The laptops can be configured with a combination of NVIDIA GPUs or you can go for an all-AMD laptop, featuring AMD Ryzen processors, AMD Radeon Graphics options, and AMD Smart Technologies such as SmartShift MAX, Smart Access Memory and for the first time on any laptop, Smart Access Graphics (allowing the laptop to intelligently switch between the RDNA 2 iGPU on Ryzen 6000 APUs and RDNA 2 discrete graphics based on the workload).

The chassis is once again using Alienware’s brand new Legend 2.0 industrial design with copper alloy thermal components, and a vapor chamber cooling system (for Ryzen 9 & Radeon RX 6850M XT configurations), and a ‘Dark Side of the Moon’ color finish. The whole thing will weigh in at 3.3 kg.